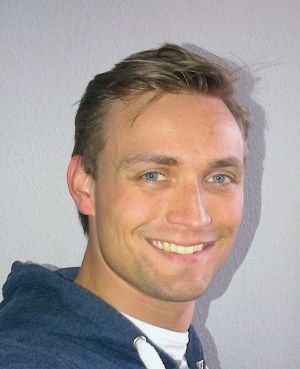 When I first laid hands on an Amazon Echo Device I expected it to be just another nerd toy. Turns out ”Alexa” quickly seduced me. It allows me to control my digital life using my voice. All computing for this happens in the cloud. Much like Apple landed a genius coup with opening up the iPhone for third party apps Amazon allows devs to write their own skills for Alexa. It quickly turned out that D is a great fit for skill development out of several reasons like performance and productivity. Productivity is important because inherently this system has longer iteration times due to testing in the cloud. Every bug that can be found at compile time saves money and optimizes TTM 1 . Per- formance equals money in the cloud since each CPU cycle has a cost. D proves to be strong in both areas and positions itself as a language with large potential in the IoT 2 domain. This talk will present experiences, advantages of using D over the alternatives and also offers an honest overview of the pain points that need to be improved.

Stephan Dilly is the head of engineering at InnoGames. With 10 years of professional software development experience, he has worked as a consultant and engi- neer for top gaming companies including Funatics and Ubisoft Bluebyte. Before joining InnoGames, Stephan developed games in the front-end and back-end domain on titles like ”The Settlers”, ”Tom Clancy’s Endwar” and ”Assassin’s Creed Identity”. Now, he focuses on front-end technology at InnoGames and shapes the strategy for mobile-only games using modern game engines. Stephan aka ’Extrawurst’ is an active mem- ber in the D community since 2007, he contributed to books like ”The D Programming Language” by Andrei Alexandrescu and ”Web Development in D” by Kai Nacke. Over the last months he gathered interest in Amazon’s Alexa Voice recognition system and IoT in general and created an ecosystem that facilitates simple development of high-performance Alexa Skills in D.